A former Advanced Landing Ground, a temporary airfield built to support the D-Day landings in 1944 and only used for a few months. Construction began in August 1943 and was complete by the beginning of March 1944.

The site now is farmland but a perimeter walking route is maintained with signage telling some of the stories of the brave airmen who called Coolham their home during the war. 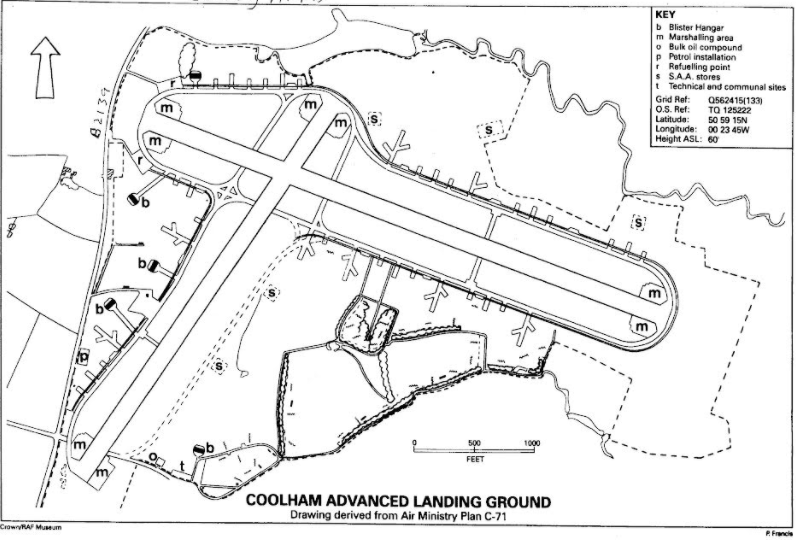